Disclaimer: The content displayed on this site is for informational purposes only. UPAN does not provide legal advice. Please read our Terms of Use for more details.
Loading view. Utah State legislators are invited to meet with constituents about criminal justice issues. Guest speakers will share their experiences with our system. If you are interested in speaking please email us at [email protected] Find and invite your legislator to attend by visiting https://le.utah.gov. Free and open to the public.

UPAN Monthly Meeting This will be a family meeting focused on gratitude. Updates will also be provided. Free and open to the public. The UDC Re-Entry Team will be presenting to UPAN on the Re-Entry program’s continued evolution. Free and open to the public. Imagine your perspective if you are the one who is incarcerated: You have done something terrible to others and fully deserve it. You may have grown up “on the streets” or may have had a good life that you threw away because of some terrible choices. You are now stuck behind bars. You want to change but everything around you prevents it. Everywhere you look there is rampant corruption. You feel like you are living in a cesspool. Every day you worry that you will anger the wrong person, inmate or guard. Every day you wonder if this will be the day that you are beat up or thrown in Special Management Unit (SMU, a secure holding cell), sent to a county jail or worse. Every time you dare think you can change and make the attempt to do so, the reality of where you are, and all the obstacles, including the “system” are staring you down.

Imagine you are a guard: getting up every day with no hope. Imagine going to work every day knowing full well that the environment where you are going is hopeless and meaningless. In the beginning you had hope. You are charged to guard inmates. You imagined you could make a difference. You thought that you could help. After a short time, however, you realized that the system and the environment are too overwhelming to do anything positive. Every time you try, you run into a roadblock within the system. You are criticized for trying to create meaningful change. You are told that it won’t make a difference. You are told that those you wanted to help don’t deserve it. You are considered a traitor because of the “us vs them” attitude that prevails at your work place. You are stuck in a job that provides little in the way of positive outcome for you or for the people you are supposed to be serving. You spend your day in boredom.

Now imagine my perspective as an educator and seeing 1,500 students who need help, lots of help. Many of these students made grave mistakes. Most have done serious damage to someone or something. Many were remorseful but saw no clear path to correcting their behavior. In fact, they are living in a world that encourages and develops criminal behavior. Imagine being there with your “students” and having your hands tied. Your responsibility to help is real. However, because of a broken system, you are not allowed to do anything positive. You come every day to work with 200 students who are mostly passive. You know full well that there are many, many more out there who need your help, though they may not want it. Your predecessors told you that you would have nothing to do, that you would spend your days reading the paper and standing in the hall during “movement” of prisoners between classes. They advised you to keep your door closed so as to not invite the “students” in.

Imagine, through either providence or sheer dumb luck, that, you as an educator, find your way to help all these parties see a better path. In your daily interaction with these “students” and their jailors, as well as your faculty and staff – eliciting the help of all – you are able to see the many flaws in the current system and develop a program that, in a small way, opens the path and opportunity of growth for many of them. Imagine a grown man, 58 years old, standing in the doorway of your office pitching a fit because he had to come to school. Then imagine him two and a half years later as he stands in the same doorway, this time in tears, thanking you and your staff for the opportunity of learning. For the first time in his life he felt he has hope for the future. Imagine an officer, who at the beginning of your tenure, was critical and mocking as you started to try to make change. Now he comes to see you before you retire, thanking you for the positive effect the changes have had on those with whom he worked, as well as on himself. He was dreading the “next 15 years” but now comes to work with hope and a vision.

This is an account of how our group of teachers, inmates and some Corrections staff, over the course of eight years, effected real change inside the Gunnison prison (CUCF).

UPAN Monthly Meeting After a six-month hiatus we're pleased to offer our first virtual monthly meeting format. TONIGHT's UPAN Monthly Meeting will be mainly focused on you: When: Monday, Sept 14, 2020 @ 6:30 PM Mountain Time (US and Canada) What's your experience been like since COVID-19 started? How are your incarcerated loved ones doing? What are your top […] 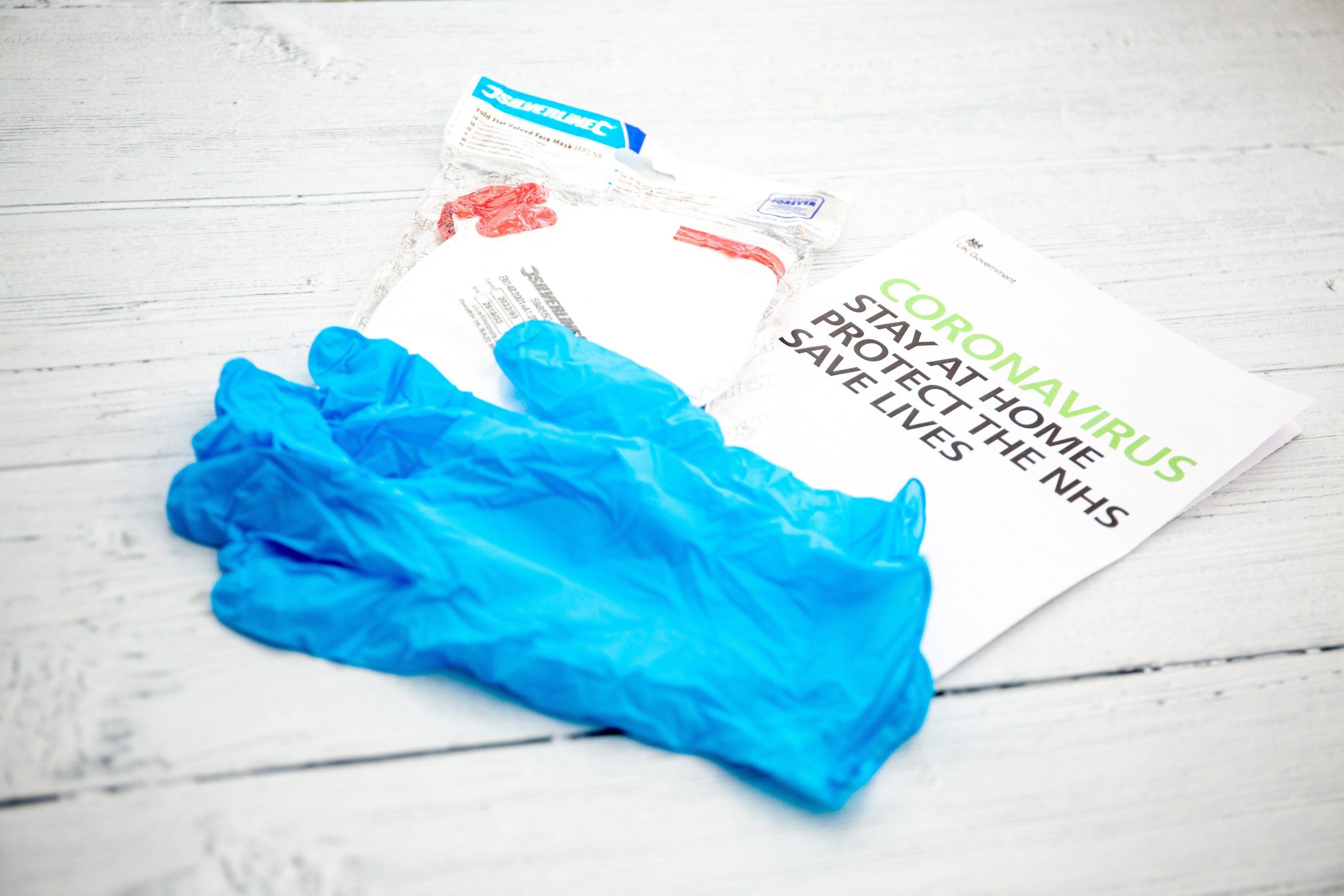 At this month's UPAN Meeting we'll have an open discussion about the recent COVID-19 outbreaks at the prisons and jails in Utah. Several guests who were recently released from prison after being incarcerated within some of the sections at the Draper facility that suffered an outbreak of COVID-19 will share their thoughts and experiences. Friends, family members, and supporters of the incarcerated are also invited to share their perspectives on how the pandemic is impacting them and their feelings about the response to the outbreak. Free and open to the public. Virtual Zoom Meeting - Register Here: https://zoom.us/meeting/register/tJIocOurrjgtGNA3koOUi21CaBonvIx-1q0O Before we adjourn the UPAN meetings for the year and with the holiday season upon us we'd like to have a discussion about Gratitude. We'd like to take a moment to recognize the things and people that we are grateful for in the spirit of Thanksgiving. Please join us for an open discussion about gratitude as we look towards a future of mutual support and the inspiration of giving to those less fortunate than us. We'll also announce the Holiday Card Contest winners and encourage the public to print and mail a card to an inmate who doesn't have anyone on the outside in order to give them a sense of hope and a feeling that they are not forgotten. Free and open to the public. Virtual Zoom Meeting - Register Here: https://zoom.us/meeting/register/tJIocOurrjgtGNA3koOUi21CaBonvIx-1q0O

UPAN Monthly Meeting Topic: Family meeting. Topics will be determined by participants. Virtual Zoom Meeting – link is https://bit.ly/2UJ2RA3. If you have subscribed to the UPAN Newsletter list, you will automatically receive an invite. Free and open to the public. Live stream on Facebook Live available. Register Now

UPAN Monthly Meeting Please just us for our next UPAN Monthly Meeting via Zoom. We'll be providing some updates on COVID-19 numbers and vaccinations, and the new phone system. Then we'll have an open discussion family meeting. Time: May 10, 2021 06:30 PM Mountain Time (US and Canada) Recurrence: Every second Monday from 6:30 pm […]

UPAN Monthly Meeting Please join us Monday, May 9th from 6:30 to 8:30 pm Mountain Time for our next UPAN monthly meeting. We'll be discussing Mother's Day for the incarcerated, impressions of the new Utah State Correctional Facility tour, programming updates, medical power of attorney form for easier communication with UDC regarding a loved one's […]

UPAN Monthly Meeting Please join us Monday, June 13th from 6:30 to 8:30 pm Mountain Time for our next UPAN monthly meeting. Special Guest Daniel Strong Director of the Utah Sentencing Commission. We'll open up the last half hour of the conversation for open discussion on any topic participants would like to ask. Free and […]

UPAN Monthly Meeting Please join us Monday, August 8th from 6:30 to 8:30 pm Mountain Time for our next UPAN monthly meeting. Special Guest Dennis Wynn will discuss the inmate curriculum he helped develop while incarcerated. We'll open up the last half hour of the conversation for open discussion on any topic participants would like […]

UPAN Monthly Meeting Please join us Monday, September 12th from 6:30 to 8:30 pm Mountain Time for our next UPAN monthly meeting. Special Guests Linda & Dave Donaldson will talk about their latest efforts at Fresh Start Ventures and REAL Transition program. We'll open up the last half hour of the conversation for open discussion […]